Without a doubt one of Stewart’s best compositions ever!

“The Ringmaster General” by Dave Stewart 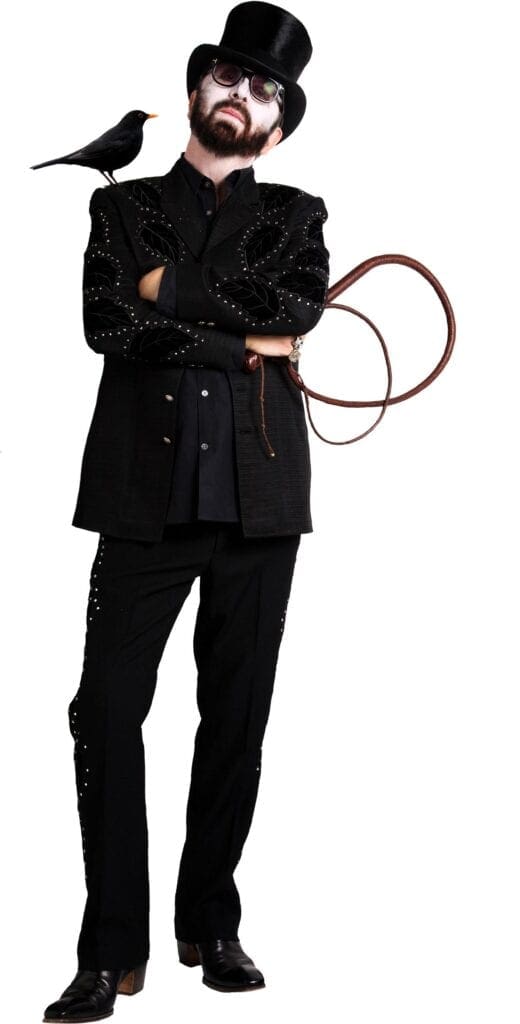 Following the release of his widely praised album “The Blackbird Diaries” from last year, Dave Stewart now returns with “The Ringmaster General”, an album featuring 13 brand new songs. Like “The Blackbird Diaries” the new album was written and recorded during a five day session at Blackbird Studios in Nashville. Again, the album has been recorded and mixed by John McBride and with many of the same musicians including guitarist Tom Bukovac, drummer Chad Cromwell, bassist Michael Rhodes, Steel guitarist Dan Dugmore and Mike Rojas on piano. On the album we also find new interesting collaborations with Diane Birch, Alison Krauss, Jessie Baylin and guitarist extraordinaire Orianthi who won “Breakthrough Guitarist of the Year” 2010 by Guitar International Magazine. And Stewart’s SuperHeavy partner Joss Stone also makes an excellent cameo on the record! In other words, Stewart has had a solid and reliable team around him and it becomes obvious that he is contended with his new “musician friends” and at ease in his new musical milieu.

Let me start by saying I think “The Ringmaster General” is a great album indeed, even though the overall impression is, this is a more muted and reflective set than its predecessor. I think the new output has a new tone to it; there is something that is very familiar, but fundamentally different at the same time. But I can’t really put my finger on it. Of course we find a few couple of songs in a more traditional rock style, “straightforward rockers”, like the opening track “I Got Love” (featuring Joss Stone on vocals) and the high-spirited “Story of Success”. But quite early on it becomes clear Stewart is striving to create different atmospheres throughout the album; the record keeps changing color in front of your eyes! Stewart has given each track its own distinct character, but thankfully without creating an incoherent mish mash of an album. Stewart’s songwriting is undoubtedly on fire but it is a reflective and at times rather introspective album Stewart delivers. It is also worth mentioning that he is also sounding more unlike anyone than ever before. Stewart’s perfectly imperfect voice fits the new material really well. Just listen to the raw power of his voice when he sings these lines in the largely stripped-down and guitar based “Girl in a Catsuit”:

“I wish you knew how much I love you baby, but it never comes out like I wanted to. It’s like my tongue got disconnected from my brain and my words gets stuck like glue”

However, the best track on the album, also the title track, “The Ringmaster General”, is without a doubt one of Stewart’s best compositions ever. Listening to it is like peeling the layers of an onion, the deeper you venture, the more you are likely to find. And in the end suddenly, in true Stewart style, it all goes mad for a bit. And that is one thing I have always loved with Stewart’s songwriting; the way the songs come packed with little moments of unpredictability. And lyrically he is as skilled as ever! I also get the impression every word is wrinkled with experience. In the song “The Ringmaster General” Stewart very effectively uses circus/cabaret- imagery and he has even thrown in a few jokes for good measure! By the way, the circus/cabaret imagery has been used by Stewart before. For example, listen to the excellent song “Day of the Dead” by Dave Stewart and The Spiritual Cowboys from 1991! 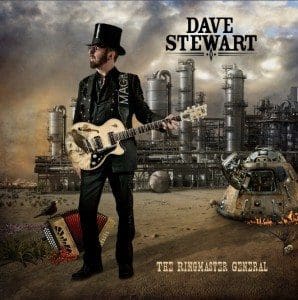 Another standout track on “The Ringmaster General” is the highly personal and haunting piano based “A different man now” with a stunningly beautiful verse melody and some great lyrics about a former relationship. “How does it feel to be so empty inside”, Stewart asks to thrilling effect and then concludes with: “Now you know what it’s like”. I think Stewart has never sung better than he does on this particular track; the naked confessional style of his voice suits the theme of the song perfectly! Further, “A different man now” is arguable his best relationship song since “Chelsea Lovers” from his masterpiece album “Greetings From the Gutter” from 1994.

“Slow Motion Addict” is yet another brilliant song on the album. Stewart’s deep earthy vocals add to the almost hypnotic feel of this subtle groovy track. You just want it to never stop!

Other highlights on the album are of course the duets. And the duets have become somewhat of a Dave Stewart trademark. Just think of last year’s already classic duets with Stevie Nicks (“Cheaper Than Free) and Martina McBride (All Messed Up). “Just Another Fall”, is a melodic duet with American singer-songwriter Diane Birch and their voices blend so well together it is hard to believe it is over thirty years age difference between the two. The beautiful “Drowning in the Blues” with bluegrass-country singer and fiddler Alison Krauss is also a real treat as is the heartfelt “God Only Knows You Know” together with Nashville based singer-songwriter Jessie Baylin.

The last song on the album, “A New Song for Nashville”, is a celebration of Nashville and all the people Stewart has met there, but also at the same time, a kind of chronicle of Stewart’s life so far:

“Here’s a new song for Nashville, it’s kind of country blues, cause I love the way I’m feeling here, it kind of goes with my tattoos. I can’t say that its been trouble free, I made the show but I nearly drowned. I’ve been killed in so many ways, even shot right in the back, overdosed on alcohol, amphetamine and smack. I’ve slept in the city doorway and in the back of a limousine. But somehow I’m still alive today, I can’t believe the things I’ve seen. Now I’m here, here with, a new song for Nashville”

“A New Song for Nashville” is definitely one of the album’s very best songs. The uplifting melody with the charming country twang, the lyrical playfulness and the nice backing vocals makes this song a real gem. And again, this piece is only one of many wonderful moments on offer on “The Ringmaster General”. I have said it before, but Stewart is at his most effective when he keeps it simple. Just listen to “Jack Of All Trades” from his 1998 album “Sly Fi” and you will understand what I mean! Simple but never simplistic! Stewart’s approach to writing and performing songs is very refreshing and the new album is no exception. Long live “The Ringmaster General”!