THE KING & QUEEN OF AMERICA

Perhaps one of the most polarising singles Eurythmics released, and was a slap in the face for what many people hold as The American Dream.
The single performed best in Belgium reaching No. 16, followed by Ireland and The UK at 23 and 29.

The release was not a success and is rarely featured as a fan favourite and only just reached our Top 50 at No. 44 in our Poll 101 we ran in 2018, however created a number of collecatble items, as well as the holy grail of a withdrawn sleeve. 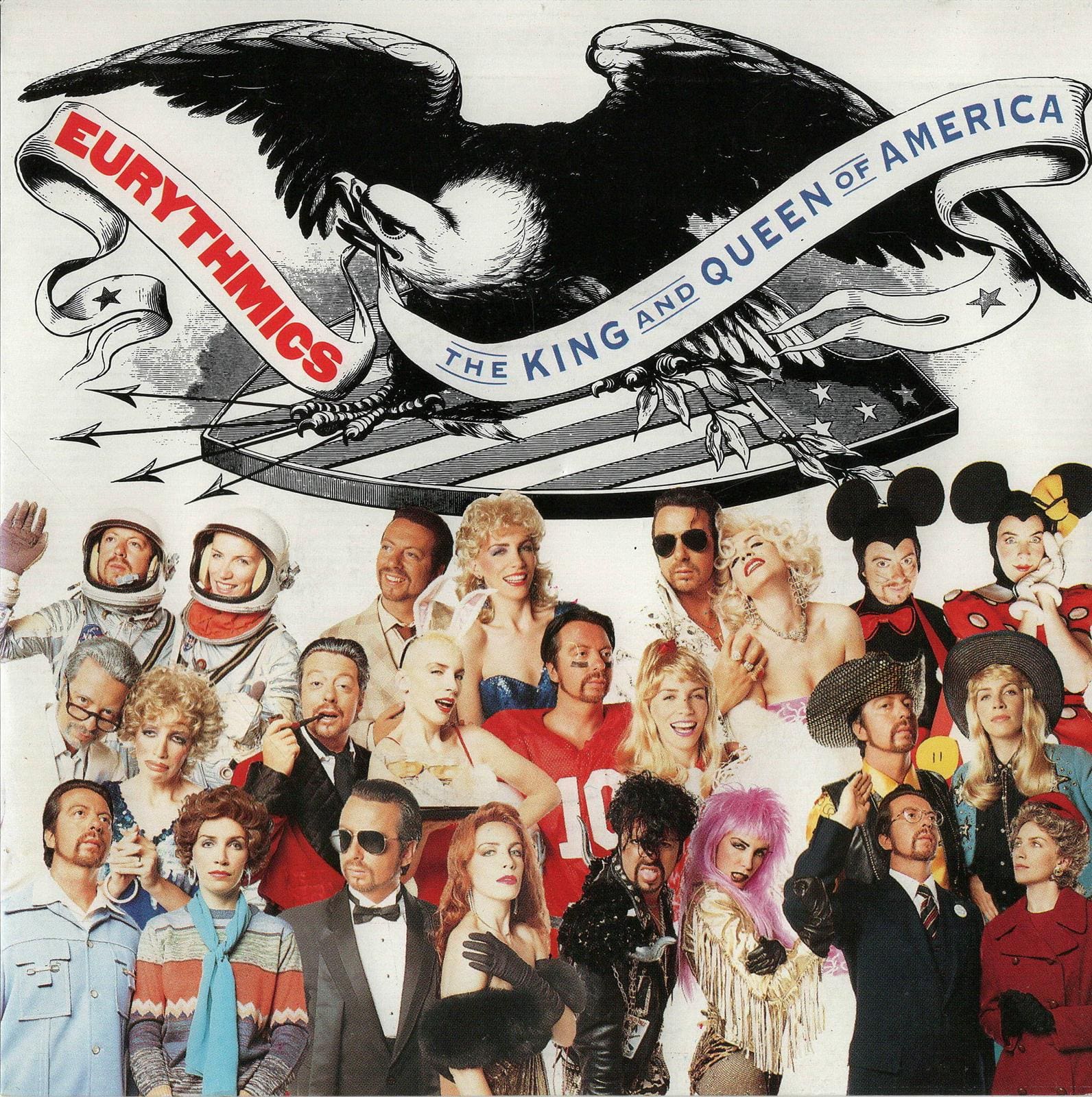 The King and Queen of America

was taken from the Eurythmics album We Too Are One and was released as the album’s third UK single on January 22nd 1990.

The song’s music video showed Lennox and Stewart in a variety of costumes and settings which parodied various aspects of American pop culture, including a game show host and hostess, singing cowboy and cowgirl à la Roy Rogers and Dale Evans, and Ronald and Nancy Reagan.

Although not released as a single in the United States, “The King and Queen of America” received a fair amount of airplay on MTV.

The release brought with it one of the most collectable Eurythmics items when a 7″ single was issued in an incorrect sleeve and was withdrawn from sale on the day it went on sale. The sleeve commands around the £1000 mark these days, with very few in circulation.

The release also saw a 12″ poster bag released and a CD single issued in 2 slightly different wooden boxes, one with a clasp and one without.

In an interview in 2011, Dave Stewart spoke about the video:

“The video was really funny. We had a lot of fun that day. We did it with my friend Willy Smack, who I’ve been friends with since I was 19, and Annie and I were just, like, trying to get all the archetypal costumes and hairdos by which American gets perceived in Europe on TV. These are the characters: cheerleaders, limousines pulling up outside of premières, Elvis-like characters, couples wearing nylon jogging suits in shopping malls.

We tried to cover as many people as we could, and in the video, it’s in a shopping mall, and the cheerleaders are cheerleading, Mickey and Minnie Mouse are boxing each other, a TV preacher is preaching, and all the while I’m having a heart attack in a supermarket. It’s pretty weird. And we’re basically singing about the pomp and circumstance that comes across from America, like a huge chocolate cake with nothing inside it. There’s no sort of history or culture that’s behind it. It’s like, even though in Europe we’ve got a terrible history of people going around killing people or sailing off to other territories and raiding them and blah blah blah, there’s some kind of history.

So when you see pomp and circumstance looking at a cathedral in Rome or this or that, you’ve got this feeling of ancient civilizations. But in America, you have… Well, you’ve just witnessed it, where the media tried desperately to make the Kardashian wedding an important event to compare to the Prince and Princess in England. Not that I think that the Prince and Princess Of England getting married was anything, anyway, but it’s just funny how American media tried to create some kind of false royalty. ”

See below for the collectors discography, chart information and other memorabilia. 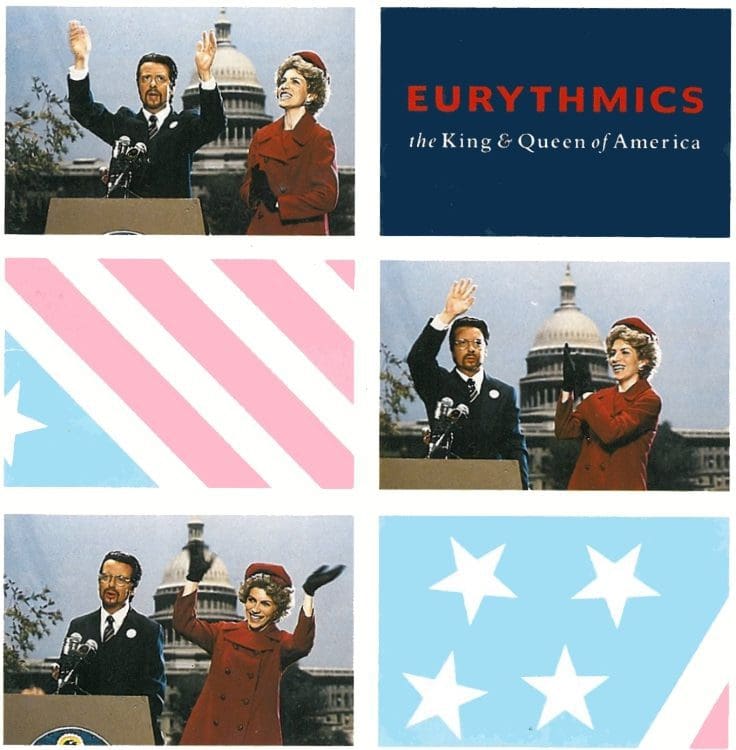 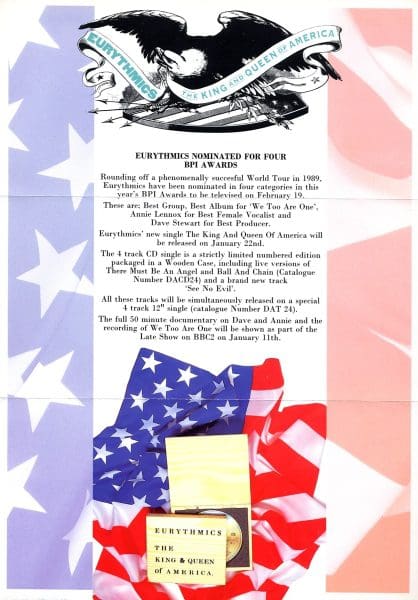 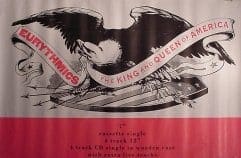 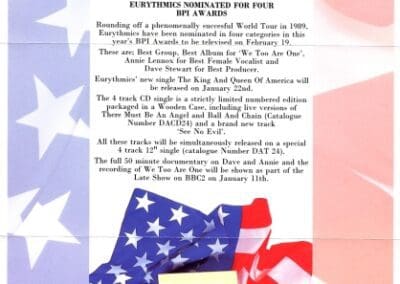 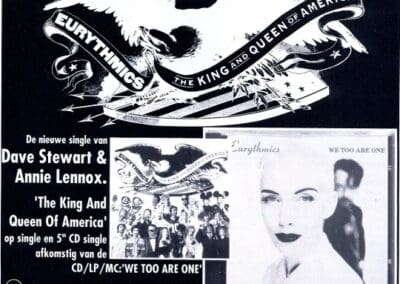 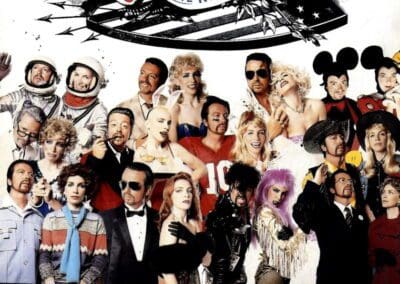 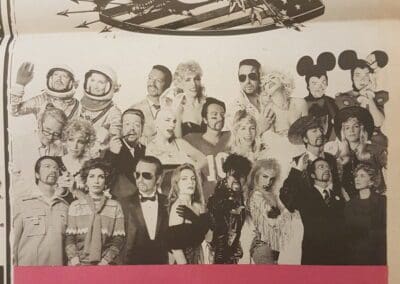