Number 7 : Walking On Broken Glass by Annie Lennox from Diva in 1992 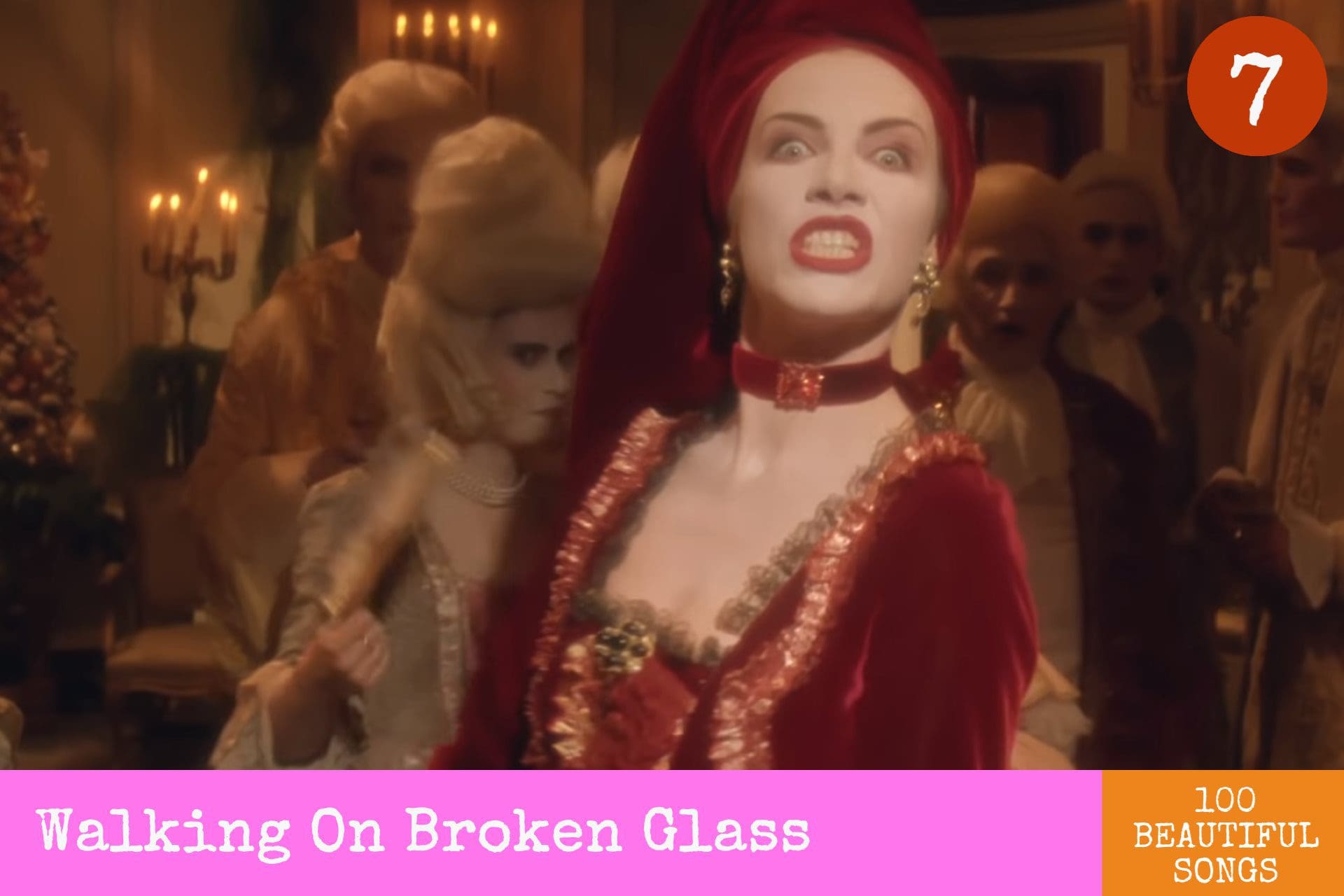 Walking On Broken Glass – Confident and defiant, this major Diva hit boasted rich production, soaring strings and new vocal highlights for Annie. It was a massive North American hit, reaching No. 1 in Canada and No. 14 on the U.S. Top 100. (And even higher another Billboard charts like Adult Contemporary, where it would remain on the charts for more than a year.) Without a doubt, no other solo song had as much radio and video play as this track in the U.S. The video featured starring roles for Hugh Laurie and John Malkovich, setting another example that Annie could attract stars to join her universe.

It was April 1992.  “Diva” had been released in the UK already and the U.S. fans were patiently awaiting May 12th for their copy of Annie’s first solo project.  “Why”, the album’s haunting lead single, was already a worldwide smash, and being such a huge fan, I could not wait for the U.S. release date and ordered an import copy of “Diva” and received it about two weeks before the CD was officially released in the U.S.

“Walking On Broken Glass” is the second song on the album, right after “Why”, and I will never forget the first time I heard it – I immediately sat upright and turned my head in the direction of the speakers upon the start of the unforgettable opening piano chords.  Then after the initial lyrics of “Walking on…walking on…broken glass” – boom! – you’re dropped into the thick of this classic pop song which grabs you and never lets go.  I knew this was a smash the first time I heard it.

“Why” is generally considered Annie Lennox’s “signature” solo song, but “Walking On Broken Glass” has taken up a life of its own.  Since its release, the song has been sampled by Nicki Minaj, mashed up with Carly Rae Jepsen’s “Call Me Maybe” by wunderkind producer Rostam Batmanglij of Vampire Weekend, and also served as the inspiration for the melody for Vampire Weekend’s 2009 song “Horchata”.  Florence Welch famously covered the song on VH-1 Divas as few years back, as well. (See video link below)

With its marriage of an upbeat arrangement with sad, melancholy lyrics, “Walking On Broken Glass” has become a true, pop music classic.

There’s a few promos of interest, but this House Of Groove David Morales Remix CD is the one that fans collected, now can be picked up for just a few pounds.

Click to view the chart history for Walking On Broken Glass

A bit lacking on memorabilia, but here we have a German Press sheet, sheet music, an acution for handwritten lyrics and of course one of Brendan’s creations!