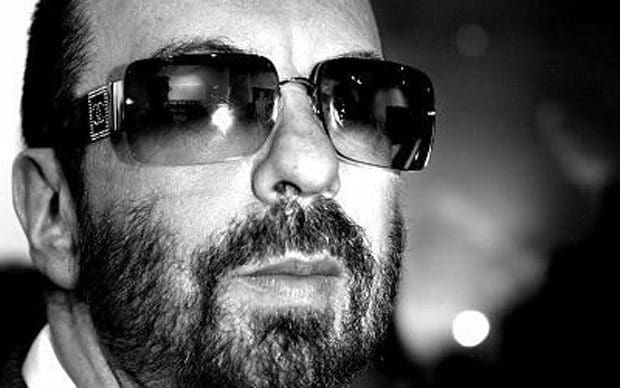 MUSICAL legend Dave Stewart is set to wow audiences in Manchester with the world premiere of his first musical, Ghost.

The original film, starring Demi Moore and Patrick Swayze was nominated for five Academy Awards in 1990 and was one of the biggest grossing films of the decade.

Bruce Joel Rubin, who won an Oscar for Best Original Screenplay in 1990, has adapted it for the stage, with former Coronation Street star Richard Fleeshman as Sam and Caissie Levy as Molly.

Dave, best known for his work with Annie Lennox in The Eurythmics, drafted in one of his favourite collaborators on film and TV soundtracks, Glen Ballard, to work with him on the new music and lyrics.

Dave said: “I was approached by the producer and his partner. I asked specifically if it was the original screenplay writer and they said yes.

“I said I’d like to bring in Glen Ballard, who I work with a lot of the time, and we had a little team. That team worked together for about two years before we got Matthew Warchus (the director) involved.

“It was quite a small team until the rehearsals and it went boom and there was a hundred people or whatever.

“It is the musical where you’ll cry your eyes out. Everybody does it in rehearsals. It has got something more that you’re not expecting.”

He said writing for a musical was completely different to writing songs.

“Songs you can hear straight away, play them and get a reaction straight away. A musical is a bit like a movie, only more complicated. It takes months, years, technical things and set things.

“With this, you have to choreograph moves. They may be going this way and the set going that way, we may need a 17-second piece of music to get from here to there. It is like a mathematical puzzle. Everything has to be timed.”

Dave admitted he was a massive fan of musicals through his dad.

“When I was a kid, we lived in a little terraced house, like on Coronation Street, but up in Sunderland.

“My dad had a workshop and he made these little speakers and he put them in the corners of the bedrooms, the living room, the kitchen and he had a record player. He would play the King and I. We could switch a speaker on in our rooms and listen. He had every musical and I didn’t realise until later that was all ingrained in my head.”

But he loves coming to Manchester, despite the jet lag caused by flying from Hollywood, and has fond memories of playing the Free Trade Hall on Peter Street before it was converted into the elegant Radisson Edwardian Hotel, where the launch was held this week.

“Coming from the West Coast of America I’m eight hours the wrong way. Then I’ll be here eight days so I just get the right way and then I go back and I’m the wrong way round again!

“Manchester has gone through massive changes since I first came in the 70s. Like every city the conglomerates creep in but intermingled with that there are some family-run businesses. Manchester has a certain quirky personality and I would hate to see that pushed to the edge by huge corporations.

“There was always this route we played when we were trying to break through. We’d know all these cafes on the way, where we could stop at two in the morning. Being in a band is like being a criminal really because you’re up all night.

“I’ve played Manchester about 50 times in various forms and I recently found a ticket of us playing at the Hacienda in 1982 or whatever. I think it was one of our first tours.

“I always remember staggering down the street, drunk, with a bunch of people I didn’t know, singing, and that’s the way it should be really. Manchester has audiences that like to get passionately involved.”

Apart from writing Ghost the Musical, Dave has produced Steve Nicks’ and Joss Stone’s new albums, both out in May. His own album, The Blackbird Diaries, is out in July. He’s working on a secret project which will be unveiled in June and two more musicals – Bar Italia based on the family-run coffee shop in London’s Soho and Zombie Broadway.

“It’s like Rocky Horror Show but the Zombies have infested the place and they realise they like musicals. They want to put one on themselves but the zombies keep eating the piano player and crew, there’s hardly anybody left by the end.”

The Radisson Edwardian is the official hotel of Ghost The Musical and has even created a themed cocktail, aptly named ‘Ghost’, costing £8.90, in its honour.

Served at the hotel’s Opus One bar it is made with Smirnoff Vodka, Baileys, Kahlua, a splash of soda water and topped up with milk and vanilla ice cream. Finally, the cocktail is flashed with liquid nitrogen to give a ghostly effect! The cocktail is served on a silver tray with a candle on the side.

General Manager Stephen Miles said: “We are honoured to be the official sponsors for Ghost The Musical; a revolutionary production, which will create immense interest within the city of Manchester. Ghost was a landmark film, so to see the world premiere of Ghost The Musical open in Manchester, prior to a West End run in the summer, is just wonderful.”

Ghost The Musical has its world premiere at the Opera House, Manchester on March 28 and runs until May 14. For more information visit www.radissonedwardian.com/manchester or www.ghostthemusical.com