Death Games or Chaos as it is also known is a film from Irish director \ writer Geraldine Creed. This little known film actually features a soundtrack by Dave Stewart and Stephen McLaughlin.  CHAOS uses a classic love story to comment on the future of Ireland’s political integration into Europe. When a biker (Jason Barry) gives up on his dreary life in rural Ireland, he joins a “metal circus,” and tours various European cities. He falls in love with one of the circus performers and decides to leave, but first must confront his controlling boss. Creed portrays a bleak, but realistic future, with the circus “gladiators” fighting on motorcycles, with chainsaws, in a ring of fire, but ultimately provides interesting insight into the human spirit.

Here’s a few pictures of the DVD released in 2003, as well as the movie trailer where you can hear some of Dave and Stephen’s music. Click on either of the images to see a large scan. 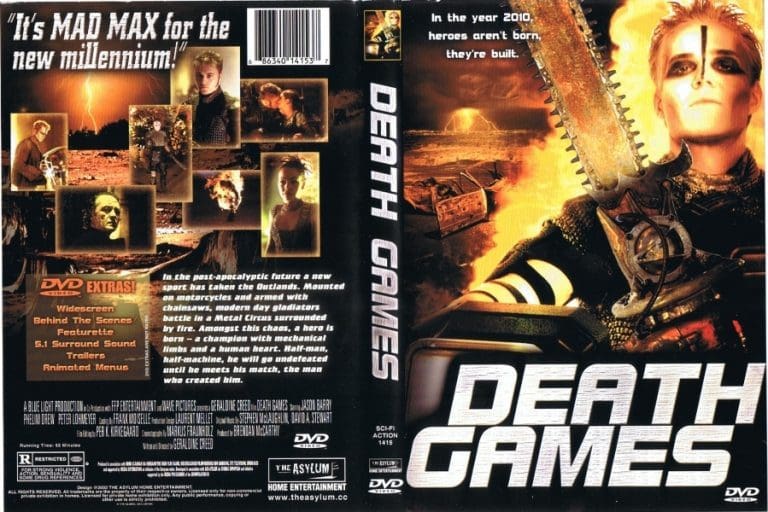